You Don’t Have To Be Ugly

I remember the day I realized that I didn’t have to be ugly.

It was long before I realized that I didn’t have to be fat but it was the stepping stone to that gem of an epiphany.

I was on the Sound Transit 554 in the evening heading east. I sat watching the people around me while listening to music that was probably slightly louder than was polite on public transit.

My apologies to my fellow riders.

There was a girl about my size sitting in the seat diagonal from me. I was jealous of the way she looked. Her clothes were stylish, her hair was highlighted and straightened, and her makeup was neat and flattering. Despite being about the same size,  she looked about a thousand times better than me. 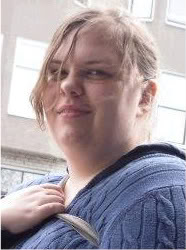 Ever since second grade I had been the dirty kid.

My best friend in college once joked about it, but she had no idea how much it hurt my feelings.

I didn’t know how to take care of myself.

When I was little, I was as girly as a little girl could get. As the epitome of “little princess,” I hadn’t yet figured out that my family was virtually dirt poor. My mom knew how to be resourceful and I was in my proper little la la land.

When my family picked up and moved across the country from Portland, ME to Seattle, WA (and landed right smack across from one of the biggest drug dens in Seattle at the time), I was completely out of my element. I attended a school where I went almost an entire school year without any friends, due mostly to racial conflict in the neighborhood.

If that doesn’t make a seven year old depressed, I don’t know what would.

That’s how I became the dirty kid.

I had flings with shampoo and makeup after that but the relationships never lasted. I mean, I could make myself look pretty but I didn’t have the energy to maintain it.

I went for funny instead.

Or dork, I’ll let you decide.

Flashing forward to that day on the bus, I nearly glared at that girl because she had figured out what I had never been able to do; look good.

I went home that night determined to be pretty even if I was fat. I saved all my money (which was not much at the time because I wasn’t working) and bought high quality makeup. I started brushing my hair… and then realized what a frizzy mess that caused and promptly stopped. I did continue washing my hair, though. Shampoo and I became pretty close friends.

Then I started losing weight.

I started to feel downright beautiful. Those feelings were only interrupted when I saw a picture of myself.

Yet still, slowly, I started to feel a little different. Other people started sometimes describing me with adjectives such as “beautiful,” “hot,” and my favorite, “lovely.”

I’ve since abandoned makeup for the most part, now wearing only mascara and eye brightener.

Even just out of the rain with messy hair… 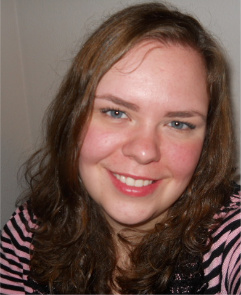 You are definitely pretty! I can definitely understand how you felt growing up. I was grossly overweight, and it just seemed like there was no point in even trying. People used to accuse me of being my (ex)husband's mother. It stung a lot.

It took me a long time to realize that my appearance reflected how I felt about myself and that's where I needed to start.