Do you ever have one of those days where you’re so full of love for the world that you just want to hug everybody?

I’m pretty close, though, I just don’t really like touching people that I don’t know that well.

So, what’s bringing out the jolly in this little snark?

Last night I attended a fundraiser benefiting the American Cancer Society. Here’s something I learned; “fundraiser” is actually code for “rich people want an excuse to throw a party and spend some money.” In this case it meant, “Seattle’s young professionals are getting schnockered at The Ballroom in Fremont.” 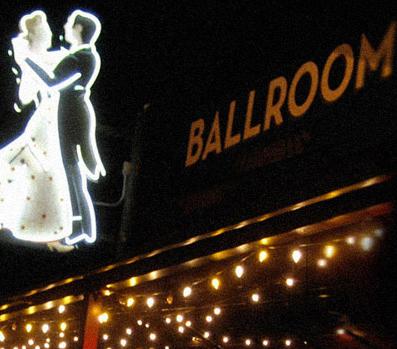 It’s probably a good thing that I don’t live in Fremont because I might have to go there every single night. While I didn’t partake in the beer specials that they had for the fundraiser (I don’t drink beer), I did have a slice of their pizza. Man do these guys mean business with pizza. That “slice” was about the size of my keyboard. I definitely couldn’t finish it.

After the party, a small group of us decided to go down the street to The White Rabbit. On the way there, I was dubbed Alice. I haven’t seen the new version of the movie but apparently between my outfit (black dress with pink and black striped cardigan, as seen on my sidebar), my hair style (down and wavy with a small pink and pearl headband), and the fact that I was holding a cupcake; I was reminiscent of the new Alice. I’ll take it.

We got in the bar and the first thing I saw was a drink called “The Looking Glass.” YES! Clearly I had to have one. Just one, I was driving home, after all.

It was one of those night’s that reminds you of how you once imagined life would look.

Yes, that’s all and good but a recap of my night doesn’t really have much to do with anything unless I just want to brag, right? Yes, and no.

One of my goals for the year was to make my social life a priority and make friends that are local. I wanted to spend time with friends and invest in relationships. Surprisingly, I’ve been working on that one. This is the second of these types of events I’ve been to lately (I broke my toe at the first one) in an effort to find that post I-still-wish-I-was-in-college crowd.

As much as I do wish that I was still in college, only because I didn’t finish not because I know anything about what non-Christian college is like, I find that I’m attracted much more to the types who seem to actually have an idea about what they want life to look like and how they’re going to go about it. They inspire me.

This weekend I’m looking forward to another such party for the Oscars.

See? I’m working on adding other things to my life that don’t include dropping it like it’s hot.

At least on nights of the week that aren’t called Friday.