I’m about as unsurprised as you could get that I gained weight. There were a few circumstances this week that I knew would contribute to a gain, I’m just surprised that it was so minimal.

So, what were the things that plumped me up?

1. I did some strength training this week. I always show a temporary gain after doing so.

2. I went my first week on the new birth control pills (we’ll talk more about this tomorrow). It’s one that is pretty hormone heavy because it will apparently help with the endometriosis. I don’t have to be on it permanently but it made me absolutely STARVING this week. I wanted to devour everything in sight and then chew off my right hand (I’m left handed). Not so much fun.

3. I didn’t drink all week but did on the weekend. You may have noticed that for a while there I was talking about drinking more than usual. Part of getting myself back on track emotionally and with weight loss was cutting out the drinking as much as possible. I still gave myself permission to drink of weekends because I didn’t want to be overly restrictive, but after abstaining for so many days (I didn’t really drink last weekend either) I retained a lot of water from the few drinks I did have.

4. I went out to dinner at carb heavy places this weekend. I celebrated Valentine’s Day over the weekend with a few friends, had a fake date, and really just had a blast. Unfortunately that “blast” included lots of food that I don’t usually eat. Sorry I’m not sorry.

This weekend did give me a lot to think about, though. Between long conversations and self analysis, I think I might be starting to have an idea of what I actually want in several areas of life. Sometimes it’s good to have friends who will call you out on your shit. Other times it’s nice to have the friend who just listens and smirks. I’m thankful to have both.

1. Turn in the apartment paperwork – I turned in what I THOUGHT was all of the paperwork. Nope, that turned out to just be the small packet to get the whole thing started. Oy Veh.

2. Cook – My mom and I cooked together most of the week so this was pretty successful.

3. Exercise somehow twice – Check! Neither was exactly an orthodox workout but both were way more fun than running. On Friday night I taught my mom a bunch of dance moves and we busted a move in her apartment for a few hours. So. Much. Fun. I hurt in places I didn’t know actually had muscles.

4. Start Tracking all of my expenses – HA! Nope. Fail.

1. Turn in the rest of the apartment paperwork – I’ve been waking up for the past several days thinking about how wonderful it would be if I was not waking up in my current apartment. I have one pretty large packet to finish.

2. Cut down more on sugar – I’m not going to lie; I’ve been using sugar to cope with some of the annoying side effects of the new pill. I hope that they won’t last but I don’t want my weight gain to be permanent.

3. Exercise Twice – You know, in a way that does not include dropping it like it’s hot in my mom’s living room. While I definitely recommend that form of exercise too, I like things with a bit more structure.

4. Emotional Honesty – I haven’t been very emotionally honest with myself. While I’ve been working on this for the past few weeks, I want to make a concerted effort this week to really look at some things. I’m in a place right now where I do have to make some decisions and get some clarity so that I don’t keep spinning in circles.

And what are your goals for this week? 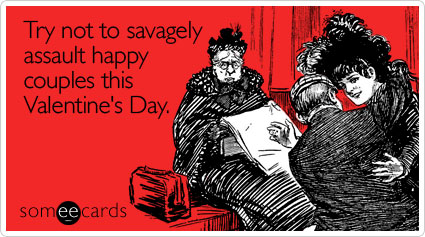 changing (or starting) birth control is such a pain. the adjustment period is the worst. i hope your body is done adjusting 🙂