Fine! I’m acknowledging that it’s almost Christmas! If you start playing the theme from Charlie Brown Christmas around me, though, we will have a problem. That song might just be one of the great plagues of my existence. If you want to get me in the holiday mood, though, put on Dean Martin’s “Baby, Its Cold Outside.” No other version will do.

I have to confess that unless you’re doing something really cool in a post, I do skip over most Christmas posts. Actually, I skip over most holiday posts in general. Saint Patrick’s Day might be the exception because those posts are full of stories about what you did while drunk because you were properly celebrating the day.

It isn’t that I don’t love holidays, it’s just that I’m just not feeling it this year. With all of the “Nine tips for not gaining holiday weight” posts, it just makes me want to throw a fruit cake at my computer.

Rather than having Santa come down my chimney, I’d much rather… never mind.

But, the show must go on and I will not be a Grinch (mostly because I don’t like green). So, here are a few holiday things that really do get me in the mood… for Christmas you perve. 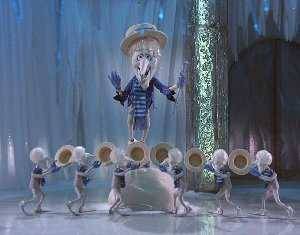 I know them by heart. I can sing the songs, dance the dances, and recite every last line. I will love them until the day I die. I will someday be a crotchety old lady who hates everyone and throws bowls of oatmeal at passing children for sport but I will still smile and sing Snowmiser’s song. 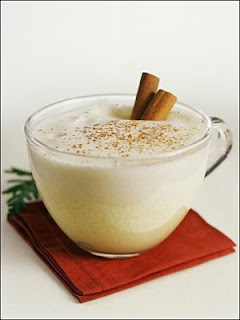 I’ve never even had the spiked stuff and I love it. It makes me feel all warm and fuzzy and filled with familial joy. It’s delicious and I know of few beverages that can beat it. This year I would like to have it spiked, though. Duh. 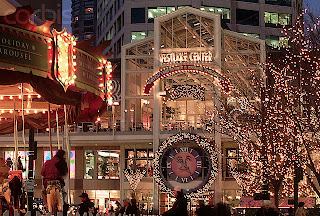 We may not have the experience of a white Christmas but Seattle knows how to do Christmas decorations right. In Westlake Center we have not only a gigantic tree but also a carousel, horse drawn carriages, a big star above the Bon Marche (FINE! It’s Macy’s now but I’m loyal!), and a tree of lights on top of the Space Needle. It’s enough to de-Grinch-ify even me! 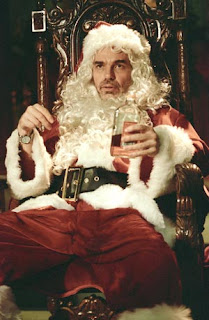 As kids, my sister and I were convinced that my dad was the next Santa in training. I mean, he looked and still looks so much like him! When we went to the mall to have out pictures taken with Santa and could smell the slight (or sometimes strong) whiff of alcohol on Santa’s breath, our suspicions were confirmed. Dad was totally in Santa training. Clearly Santa had a hefty stock of Crown Royal. 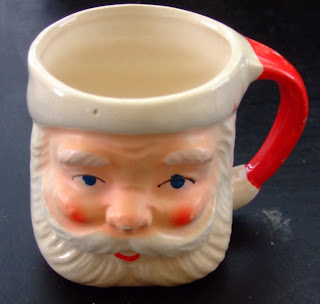 My mother is 100% to blame fore my love of cutsey mugs and glasses. When we moved across the country and still didn’t feel “at home” she decided that we each needed our own personalized Christmas Mug so that no matter where we lived at the moment, we had something that felt like home. I still get nostalgic when I see any sort of holiday mugs. 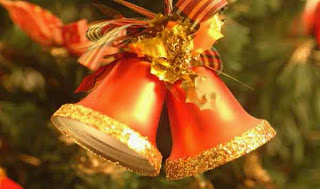 I was once featured in the Bon Marche holiday commercial because when I went to see (whiskey) Santa, I told him that, “I want a bell, one that rings.” The right person happened to be nearby and decided that I MUST be in their commercial. Now, adorable as my specific request might have been, I had good reason for being specific. My mom had several decorative Christmas bells when I was little. I was completely enchanted by bells in general. These ones didn’t ring, though, because they were just for show. It made me so sad. Needless to say, I got my bell. My mom even had it engraved. I still have it, though I stepped on it once so it’s cracked now.

If you love eggnog, you need to buy the Southern Comfort brand (it doesn't have SoCo in it, although, please, be my guest). AMAZING.

I am also a big fan of eggnog (especially of the spiked variety) and Seattle's Christmas lights.

I even watched the tree-lighting at Westlake this year, albeit by accident. There were red fireworks and everything!

It has been hard for me to get in the Christmas spirit this year. I better find it soon, or I'll miss it! Ugh, eggnog! I don't know what is, but I just can't get myself to try it again. Bad experience when I was younger, I guess! I love Dean Martin's version of "Baby, It's Cold Outside" and Claymation holiday shows. I'll sit down and watch them all.