It’s been kind of heavy around here lately, hasn’t it?

Yeah, it’s been a hard season and clouds have dominated the skyline but today things were looking a little more like this. 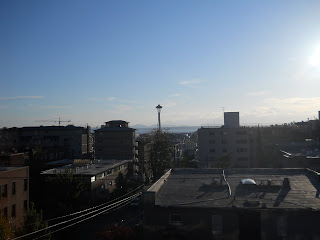 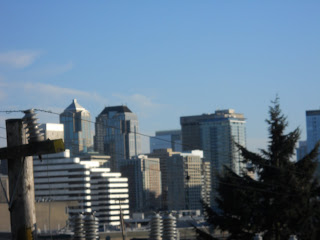 Why hello blue sky, I haven’t seen you in a while. Let’s spend a whole lot more time together.

It’s lovely out and the cheer is irresistible. No, it isn’t just that. Over the last week I’ve seemed to come back out of my fog again, even before the actual sun came out. I’m starting to feel authentically okay again. Not only that but I’m starting to feel happy again. The crazy of the new birth control is subsiding, the anxiety of life changes is fading, and the impact of what happened a month ago is starting to be more and more a distant memory.

You know what that means? I might actually be funny again! Oh yes, it is a distinct possibility.

I realized that things really had taken a turn about a week ago when I was walking down the street and could not resist singing along to the music I was listening to. Sing I did. In public. In Downtown Seattle. On a street where no one else was walking at the moment… I’m not that shameless. Anymore.

Actually, one other thing happened. I got to ease my conscience.

Remember The Stoic (I named his that after that post)? I hurt him. Badly. Back when I was bounding and rebounding, trying desperately to get over that certain someone (who I was still calling The Visitor), I let him be my constant fall back guy. I never knew if he realized it or not but I was aware that he was much more serious about me than I was about him and my behavior was shameful.

I saw him this weekend. Looking him in the face was harder than I could have imagined it would be, but I did it. I looked him in the face and apologized. We talked about what happened a bit. Whether it was from cowardice or an instinct to not hurt him more I didn’t clarify how I had viewed things but I let him talk about it and tell me what he saw.

It was painful to see that he still had feelings for me. I could see him trying to suppress his emotion when he found out that I was seeing my certain someone again. He had always been jealous that he hadn’t gotten to be my first and resented the certain someone because of it.

By the time we parted ways, though, we left each other with a smile and a wave. Despite the fact that I know I never did right by him, I felt the weight of the guilt I’d been carrying lift. He’s not mad at me anymore. I don’t have to worry about running in to him. We’re okay.

I think that deserves an official happy dance, right? Right!

Things are feeling a little brighter and, believe it or not, even my pale ass loves some time in the sun. 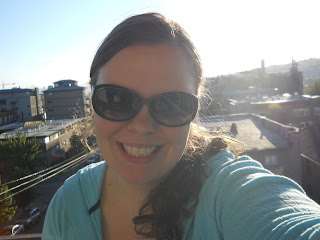 Bring it on summer! I’ve got SPF 110 on my side and I plan on frolicking.

ahhhh…soooooo know that feeling. And YAY for sunshine!

ahhhh…soooooo know that feeling. And YAY for sunshine!